Bullying prevention starts with the adults

Children take their cues from the grown-ups

In all the campaigns against bullying in school, one element that isn’t often discussed is the question of bullying by adults. Fellow teachers are uncomfortable addressing behaviors they might see, and staff members themselves may have attitudes that unwittingly create a hostile environment.

Before taking on bullying among students, consider these 4 crucial steps you can take yourself to ensure you are creating an environment of social acceptance for the full range of diverse students in your classroom. 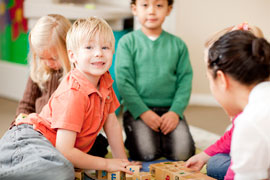 Staff members may have inadequate training for spotting and acting on bullying, or they may even model it themselves

It is important to acknowledge, although awkward and unpleasant, that adults in a school setting can also exhibit bullying behaviors that create a hostile environment. Teacher bullying of students in the classroom or on school grounds has received little research, but there is considerable anecdotal evidence that even a small number of adults who exhibit power, fear, and humiliation over children can do a great deal of harm.

Teachers’ actions toward children can include persistent criticism, sarcasm, “teasing,” and scapegoating. It may be that some school personnel use overly harsh disciplinary measures and are unresponsive to the needs of the child. Students with disabilities may be particularly targeted.

Consider this remark by Luke Jackson, a young man with autism spectrum disorder, as reported in Recognize, Respond, and Report: Preventing and Addressing Bullying of Students with Special Needs:

I have to say though that there are some teachers who seem to be bigger bullies than the kids at school … Some teachers take great delight in saying things that point out difficulties of kids like me and then bask in the laughter.

You may, for instance, have overheard teachers express frustration with students who are struggling, saying things like:

Stop bullying in its tracks

Learn more about how teachers and staff may contribute to a culture of bullying in the book Recognize, Respond, and Report: Preventing and Addressing Bullying of Students with Special Needs.

Training is essential in helping school personnel recognize the different forms of bullying that may be directed at students with disabilities and the unique vulnerabilities these students have to social isolation, manipulation, conditional friendships, and exploitative behaviors.

As with bullying by classmates, the teacher may not intend to harass the student, but we must recognize that repeated negative verbal reprimands and humiliation that causes harm can be classified as bullying or even disability-based harassment.

Teacher harassment can have a negative effect on the entire school environment and can create a climate of disrespect and fear. Unfair treatment from an adult in a position of authority does not go unrecognized by the other students in the classroom.

Students are very sensitive to adult behavior in schools. They use information they observe to guide social choices. Low preference of a student by a teacher has been found to influence peer rejection. Belittling of students with disabilities, specifically, supports the belief and a culture that these classmates are “less worthy” and not valued.

Staff training is a vital component of bullying and harassment prevention in schools. It provides opportunities for school personnel to reflect on their own social and emotional interactions with students and learn effective skills for redirecting mild misbehavior in the classroom.

Accountability is crucial to reducing adult mistreatment. Although sometimes difficult, all school personnel must be courageous in the face of student mistreatment by providing constructive feedback to staff who use discriminatory or derogatory language in school. It is up to all parties not to perpetuate the silence of others.

Read a poignant personal account about The Silence of Others by the author of Recognize, Respond, and Report.

See also “Abuse of Power: Most bullying prevention is aimed at students. What happens when adults are the aggressors?” and the free toolkit provided by Teaching Tolerance.

Get direct student input about your classroom climate

Creating a positive, supportive, and nurturing classroom climate may be the most important tactic a teacher can employ as a protective factor against bullying. How educators speak with children can influence development of their sense of belonging and confidence in their social abilities.

Simple strategies for developing student rapport that set a positive classroom tone include addressing students by name (at the middle and high school levels, this begins with learning each student’s name), greeting them at the door when they enter the classroom, and smiling often. Talking with students about their interests or concerns also demonstrates that you care about them beyond their performance in the classroom.

One way to get an accurate reading of the classroom environment is to ask your students! Student surveys are a quick and easy way to gather student impressions. Students will answer questions more honestly when they know their answers will be confidential.

The information obtained from student surveys should be used constructively. Sometimes the information students provide reveals improvements that teachers can easily make once they are aware of the need. Although inviting evaluation from students may engender feelings of vulnerability, including students’ opinions can help you meaningfully improve your classroom climate.

Get tips for improving your classroom’s physical setup, routines, and emotional climate in Supporting Students with Emotional and Behavioral Problems: Prevention and Intervention Strategies.

Have your students complete The Five-Question Student Survey and the Student Survey of Classroom Environment from Supporting Students with Emotional and Behavioral Problems.

Read also the chapter on “Enhancing Student Connectedness to School from that same guide.

Take an honest look at your own attitudes using reflective exercises

The new book The Making Friends Program includes a complete process for creating an environment of acceptance in early elementary classrooms. While the book is geared toward teachers in K–2 classrooms, it contains a chapter of reflective exercises that is valuable for any educator.

The exercises sensitively guide staff members through self-examination of their own values, perspectives, and assumptions regarding diversity, culture, and acceptance. These beliefs are where the attitudes, words, and behaviors displayed in classrooms come from.

Take the Unpack Your Perceptions About Diversity exercise: This exercise helps staff members examine attitudes toward people who are different from them … people who have a disability, represent a different race or ethnicity, speak another language, or are from a family structure that is different from their own (foster or adoptive family, same-sex parents, single parent, raised by a grandparent, etc.). It focuses on how early perceptions of people develop and shape one’s attitudes by addressing these questions:

Often these exercises leave teachers with a greater understanding of stereotypes or biases they may carry and inform their teaching practices and interactions with students. The self-discovery that comes from the exercises is an essential grounding for supporting social acceptance for diversity in educational settings.

Get helpful guidance and reflective exercises in The Making Friends Program: Supporting Acceptance in Your K–2 Classroom.

What can you learn?

Take a look at the similarities and differences across the responses of four people who described their early perceptions about diversity in terms of disability, race/ethnicity, language, and family structure.

Before any bullying prevention takes place among the students, the adults can first set an example by examining their own interactions to make sure they are creating a welcoming environment for all the students in their classrooms.